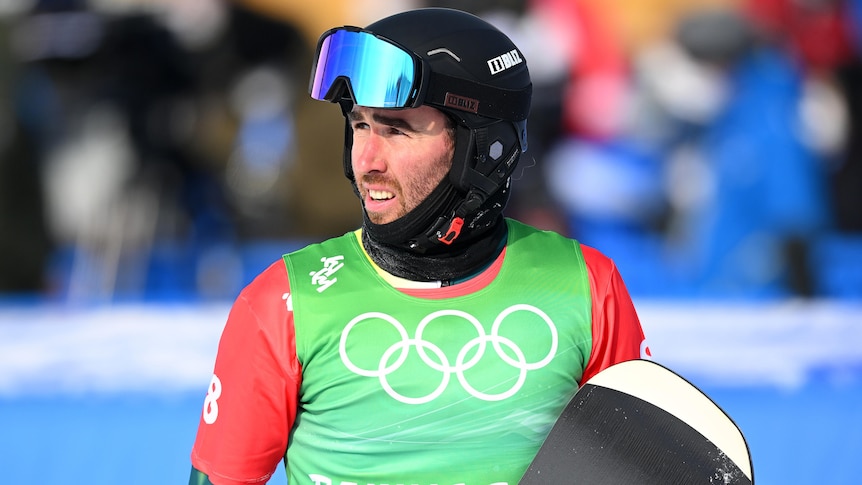 
Australia’s male competitors in the snowboard cross will turn their attention to the mixed team competition at the Beijing Winter Olympics after all four failed to make an impression in their individual event.

Cam Bolton was the best-performed Australian, having qualified for the quarter-finals after leading from tape-to-tape in his round-of-32 heat.

However, Bolton was edged out on the line in his quarter-final, despite coming desperately close to breaking through into the top two through the last two corners.

“I’ve been feeling good all day… so that made it really, really disappointing in that run,” Bolton said.

“I made a few mistakes. I sort of set it up, trying to go up the inside of the second-last turn and I probably needed to be about a foot further ahead.

Bolton said the fact no Australian could make it to the semi-final stage was just “the nature of the sport” in which any error is brutally exposed.

“I can tell you that there will be four boys that are bitterly disappointed with their results,” he said.

“I didn’t see the other guys’ runs, but I know that they’re all capable of stronger results on their day and they’ve shown that over this season and in the last couple of seasons.

“I really think that Lambo (Adam Lambert) could have won today. He’s riding so well and he’s so strong here, so [am] very, very disappointed for him.

“There are a lot of variables in border cross and today is definitely a disappointing day for the team. So hopefully there is a little bit of redemption around the corner on Saturday in the team event.”

Lambert’s exit was particularly cruel in a sport typified by the brutality of its eliminations.

The 24-year-old missed out on progressing to the quarter finals by just 0.03 of a second, while Adam Dickson also missed out after being overtaken late.

“It’s the Olympics. It feels great to be here, it feels terrible to lose,” Lambert said.

“I gave it my all in that heat. I made slight tactical errors that maybe cost me half a metre at the finish line. But that’s border cross, that’s why we love it.

There was disappointment too for Australia’s PyeongChang Games silver medallist Jarryd Hughes, who fell on the penultimate turn in an all-or-nothing dash up the inside after he had trailed for the majority of his heat.

“No excuses. I rode like shit in that one section and that’s what cost me,” Hughes said.

Hughes added it was a challenge coming back from ankle surgery and that he had been “working his arse off” to get back into form.

The 26-year-old tore the cartilage off his tibia while training at Thredbo in August. The injury required surgery, meaning it was some achievement for Hughes to even make the start line.

“I had to sneak in for surgery, dealing with all the COVID precautions in Australia, and the surgeon did a phenomenal job on my ankle,” he said.

“It’s tough but I came here ready to perform and I haven’t and that’s the disappointing thing.

“I got a cortisone injection in my ankle as soon as I got here just to give it a top up and really get it going, and I’ve been feeling good.”

As well as being an Olympic silver medallist, Hughes claimed the 2021 world championship mixed team title with Belle Brockhoff.

Due to the potential withdrawal of a rival team, Australia is set to have two teams in the event on Friday, but is yet to make its choice on who will make either line-up.

Bolton could be considered the man in the box seat to partner Brockhoff, who agonisingly finished in fourth place in Wednesday’s women’s competition.

“I’m not sure exactly how they are going to be decided,” Bolton said.

“We’ve got such an incredible team. Whatever riders are put forward, I’m sure they’ll represent Australia really well.

“If that’s me, great, and I’ll looking forward to racing and if not, then I’ll be cheering.

“There’s a few cogs that are turning in the background. I’ll be comfortable with whatever decision it is, but I hope to be racing.

“I’ve done everything I can so now we’ll just wait and see.”

In the men’s big final, Alessandro Hämmerle went on to win gold for Austria, with Canada’s Éliot Grondin in second and Italy’s Omar Visintin third.