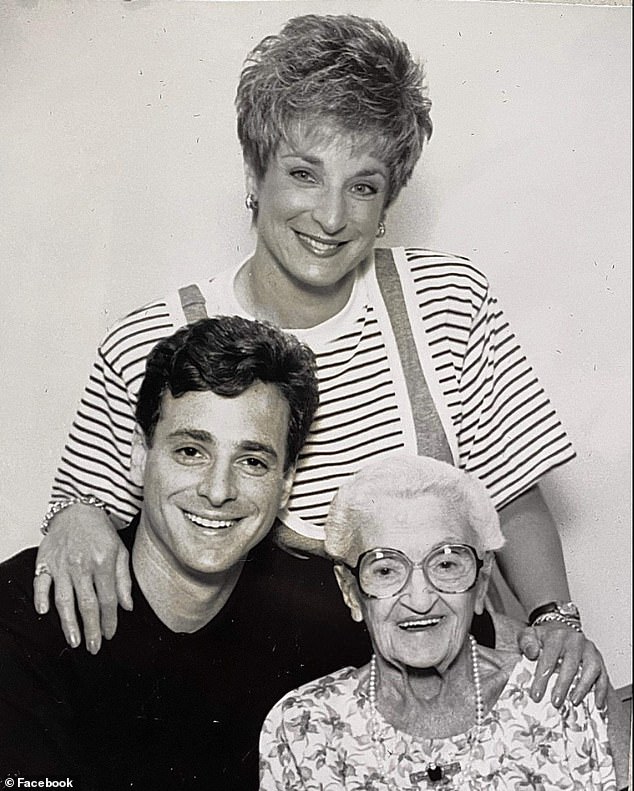 
Bob Saget lost both of his sisters to natural causes, one to a brain aneurism and one to an autoimmune disease, nearly 30 years ago when they were young adults.

The comedian was found dead in his hotel room at the Ritz Carlton in Orlando on Sunday at 4pm.

The cause of  his death remains unknown. Police say there were no obvious signs of foul play or drug use in the hotel room.  A toxicology examination is expected to be carried out.

His death – which has stunned the entertainment industry and left his family ‘devastated’ – is the last in a trilogy of tragedies for the family.

Nine years later, his other older sister Gay died at the age of 47 after a three-year battle with scleroderma, an autoimmune disease.

Saget’s older sister Gay is shown above with him and their mother Dolly. Gay died in 1994 when she was 47 from an autoimmune disease 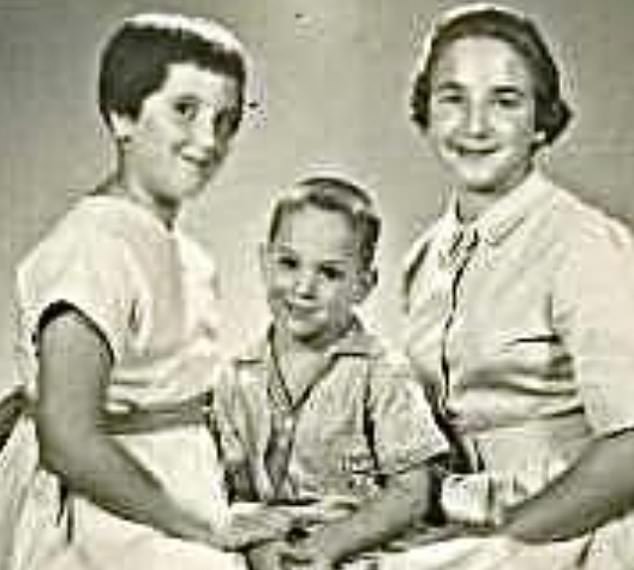 Tragic family history: Both of Saget’s sisters, Gay and Andrea, died as young adults. Gay had an autoimmune disease and Andrea suffered a brain aneurism. He previously shared this photo of them together 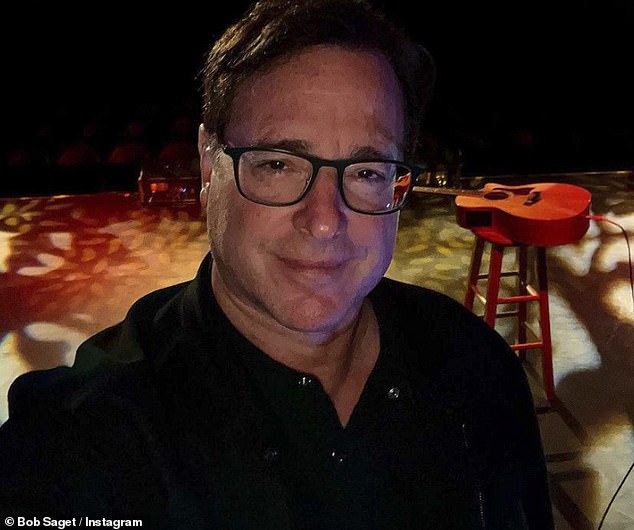 Last post: Saget’s final Twitter and Instagram posts were sent late at night following his final performance in Jacksonville, Florida, on Saturday. He wrote that performing felt as fresh as ‘when I was 26’ and said he was ‘finding my new voice and loving every moment of it’

Before her death, Gay was forced to move back in with her parents because she required so much care.

In a 2019 interview with the NIH Magazine, Saget – who became an advocate for finding a treatment to scleroderma – said: ‘My sister, Gay Saget, was a school teacher near Philadelphia.

‘She was 44 when she was diagnosed with systemic scleroderma.

‘She got treatment, but it was just treating her symptoms with drugs like prednisone and cortisone.

‘She had to move to Los Angeles to live with my parents because she needed so much help. She passed away just two years later.’

Scleroderma is not hereditary and it is unusual for immediate family members of sufferers to also be diagnosed with the disease.

Saget continued to work for the Scleroderma Research Foundation until his own death yesterday. 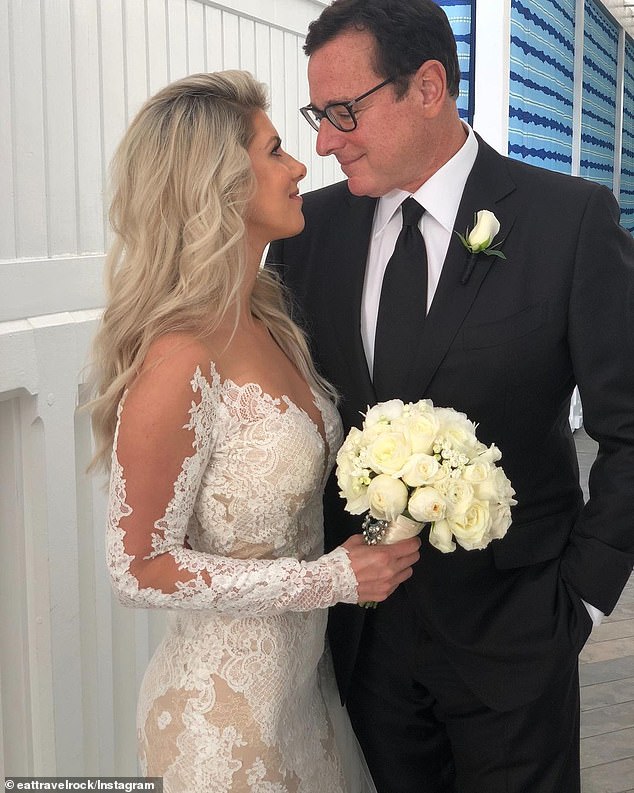 Bob Saget, 65, is survived by his second wife Kelly Rizzo (pictured together on their wedding day), who he married in 2018 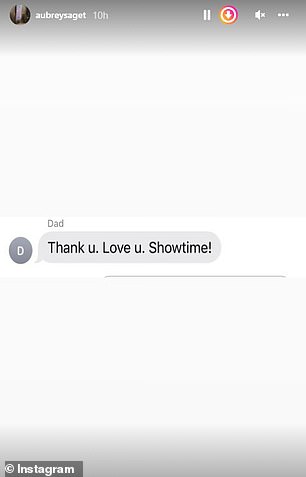 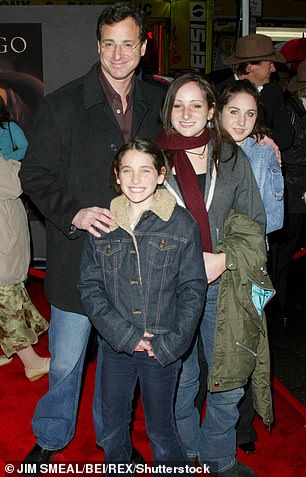 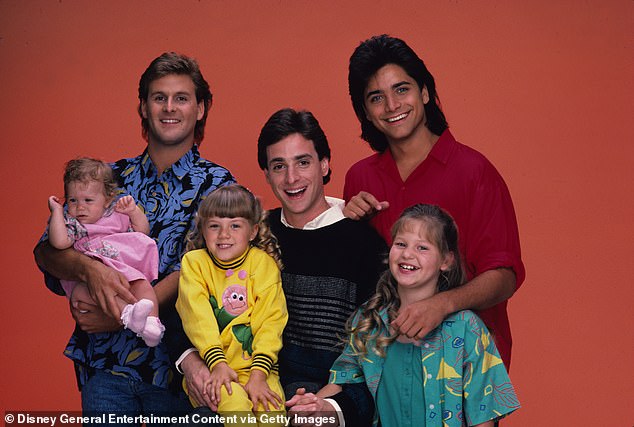 Mysterious death: Few details are currently available about the circumstances leading up to Saget’s death, though sources say that he was pronounced dead in his hotel room; seen on Full House in 1987 with (L–R) Mary-Kate/Ashley Olsen, Dave Coulier, Jodie Sweetin, John Stamos and Candace Cameron Bure 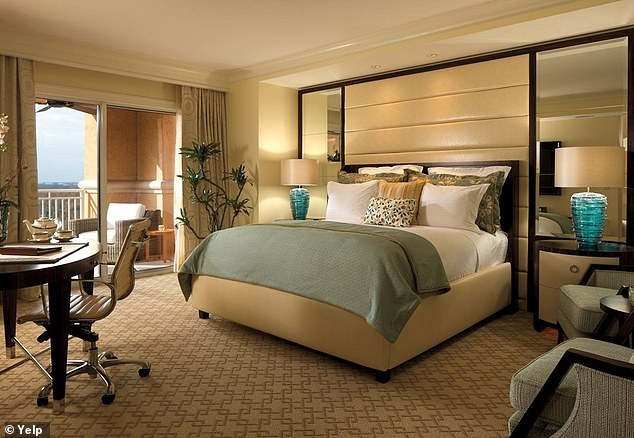 Saget was found in his room at the Ritz Carlton in Orlando on Sunday at 4pm. Police say there were no obvious signs of foul play or drug use 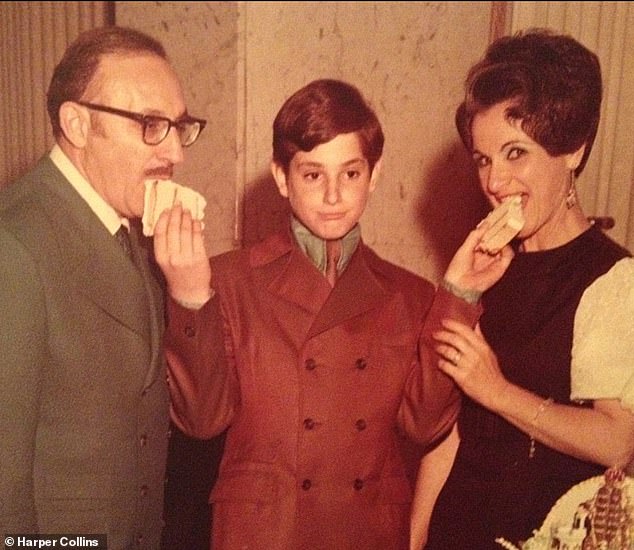 Saget with his parents, Dolly and Benjamin, when he was a teenager. Benjamin died in 2007 and Dolly died in 2014

It’s unclear if he was suffering any form of illness when he died. The comedian was excited to be performing stand-up again and in a tragic final Instagram post on Saturday said he was ‘loving every minute’ of it.

Andrea Saget, his other sister, died in 1984 when she was 35 after suffering a brain aneurism.

In a statement on Sunday, his family said they were ‘devastated’.

‘We are devastated to confirm that our beloved Bob passed away today.

‘He was everything to us and we want you to know how much he loved his fan performing live and bringing people from all walks of life together with laughter.

Saget’s Full House costar John Stamos wrote that he was ‘broken’ and ‘gutted’ after hearing the news. ‘I am in complete and utter shock. I will never ever have another friend like him. I love you so much Bobby,’ he lamented

Like a brother: ‘My heart is broken,’ added Coulier, who played a comedian on Full House. ‘I love you, Bob. Your forever brother, Dave’

‘I loved him so much’: Candace Cameron Bure, who played the actor’s daughter D.J. Tanner on Full house, was left speechless after learning of his death

‘Though we ask for privacy at this time, we invite you to join us in remembering the love and laughter that Bob brought to the world.’

It remains unknown what time he checked into the Ritz Carlton in Orlando, where he was found dead at 4pm.

The night before, Saget performed to a crowd in Jacksonville, Florida, some 150 miles away.

He was due to carry on performing in Florida before then going on the road across America and finally finishing his tour in Canada in June.

Shortly before his death, Saget mused about the nature of the afterlife while paying tribute to Betty White after she died just days away from her 100th birthday.

‘I don’t know what happens when we die, but if Betty says you get to be with the love of your life, then I happily defer to Betty on this,’ he wrote, noting the actress’ undying love for her late husband Allen Ludden, who died in 1981.