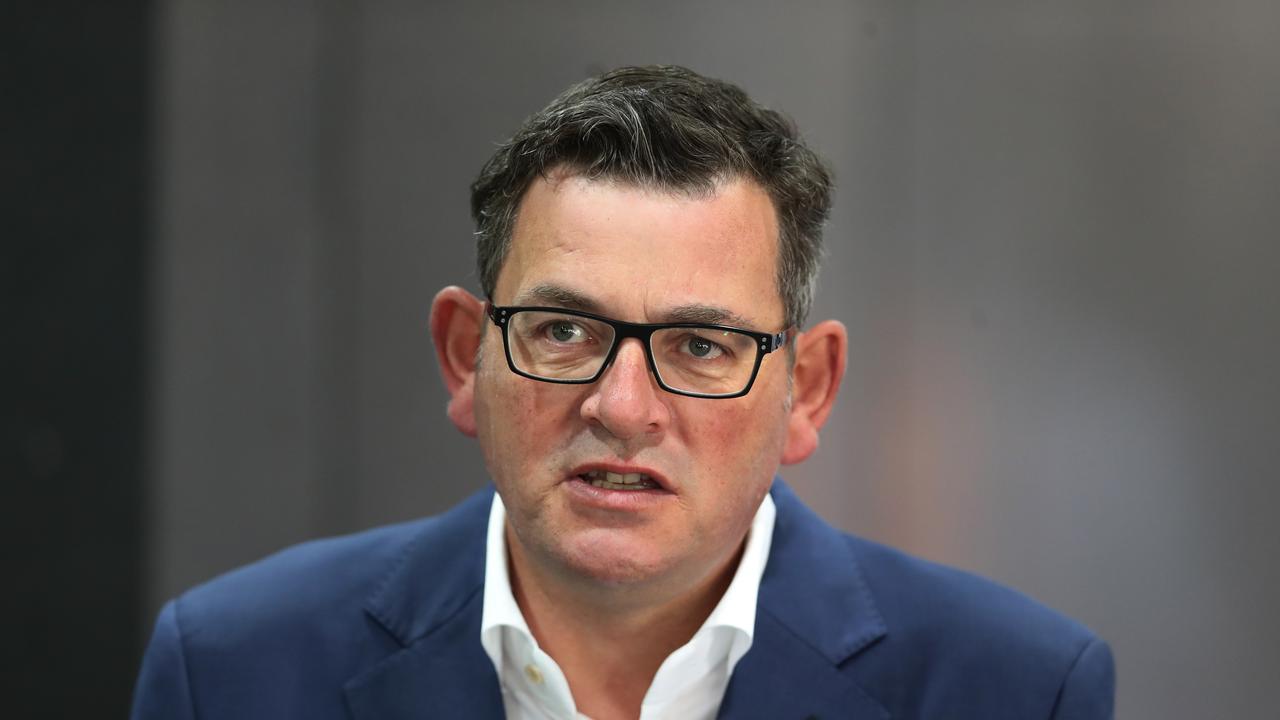 Dan Andrews has ruled out a return to remote learning, with the government hopeful these measures will limit the spread of Covid in classrooms.

Classmates of students who contract Covid when school returns will not be required to isolate in a bid to ensure kids avoid another stop-start year of education.

The federal government has also agreed to cover half the cost of a Covid surveillance testing regime of students and staff, which is set to be unveiled by Victoria as early as Friday.

A national cabinet meeting on Thursday failed to lock in consistent protocols for kids to return to the classroom at the start of term one.

But Scott Morrison said all leaders were committed to schools staying safely open, with Victoria’s plan also expected to include mask mandates and widespread use of air purifiers.

The Prime Minister said that while the national medical expert panel did not recommend surveillance testing in schools, the commonwealth would enter into a 50-50 funding split with states that chose to provide rapid tests to students and teachers.

The Herald Sun revealed on Wednesday that Victoria was planning to encourage all students to complete two rapid tests every week.

Federal chief medical officer Professor Paul Kelly said such a regime was more about “giving confidence to get kids back to school and teachers into the classroom”.

As part of back-to-school planning, he confirmed close contact rules would remain the same for children in classrooms as for other members of the community, meaning only those who contract the virus or live in the same household must isolate for seven days.

“If you are sick yourself as a child, you should not be coming to school. Otherwise, its schools are opening on time, staying open as much as possible, minimising that disruption to face-to-face learning,” Prof Kelly said.

State governments will be required to source adequate supplies of rapid tests if they choose to implement surveillance testing in schools.

Mr Morrison said this would be part of the calculation for states to decide how long such testing of children was necessary.

“They have full visibility on their supplies and they’ll make decisions based on that knowledge,” he said.

Prof Kelly said the start of the school year would lead to increased transmission of the virus, although he said modelling had not been completed to assess the impact on case numbers.

But he said the national medical expert panel had agreed that “the most important thing is to get schools back” for physical, mental, social and developmental reasons.

Daniel Andrews said the government was committed to having every student back in the classroom on the first day of Term 1.

The Premier also ruled out a return to remote learning, and said Victorian school settings would align closely with those in NSW.

“We’re not going to build two systems. We’re focused on having our system as we knew it pre-pandemic,” he said.

“It may look different, it will be under a bit of strain because of course teachers are not immune from this virus.”

“The main aim here is to have our kids back in the classroom as safe as we can on day one and then we will manage those risks as best we can as we go forward.”

Mr Andrews said students that contracted the virus would need to stay home, but suggested classes would otherwise continue as normal.

“Kids have had two very challenging years. It’s now time to get the kids back into the classroom,” he said.

Mr Morrison said the national cabinet had sought further advice from the medical expert panel about whether the isolation period for positive cases could be reduced to five days. They agreed the “settings are right at seven days”, with the issue to remain under constant review.

The Prime Minister also rejected a push from the retail and hospitality sectors to allow asymptomatic household contacts to skip isolation requirements and return to work, as other essential workers have been allowed to do.

Australian Retailers Association chief Paul Zahra said 70 per cent of his members currently had staff in isolation and one in five had to close some stores due to staff shortages.

Restaurant and Catering Australia boss Wes Lambert said the situation was worse than lockdowns imposed over the past two years.

But Mr Morrison said allowing more asymptomatic contacts to avoid isolation risked further transmission of the virus that would increase the pressure on the health system.

“You’ve got to be careful what you wish for,” he said.

LOCALLY MADE RATS ON THE CARDS

“We have already distributed a lot, more than 2.2 million rapid tests to help workers, staff in sensitive settings and also vulnerable communities.”

The Premier said the RATs, which would cost in the “hundreds” of millions of dollars, would be enough for several months but more would be needed. So far just 4.5 million of the initial 44 million order have arrived.

But Mr Andrews said it was hoped local manufacturing would soon begin.

“We’re working on whether we can manufacture them and boost some of the local manufacturing that’s already occurring,” he said.

“We’re very deeply engaged with a couple of different companies and we’ll have, hopefully, some very exciting news about that as well.’’

Opposition Leader Matthew Guy said the RAT order was too little too late, and criticised the government’s ongoing pandemic preparation as “woeful”. “Victorians deserve better. While the rapid tests are welcome, they are months too late,” Mr Guy said.

“Just like they were too late when they were first discussed in August last year.

“The Premier should have ordered these tests in August last year. We needed rapid tests months ago.”

Where walk-up vaccinations are available

Walk-up vaccinations will be available and are encouraged at a number of state-run centres, including:

All sites except Dandenong Plaza and Ballarat Mercure will offer both Pfizer and Moderna doses.