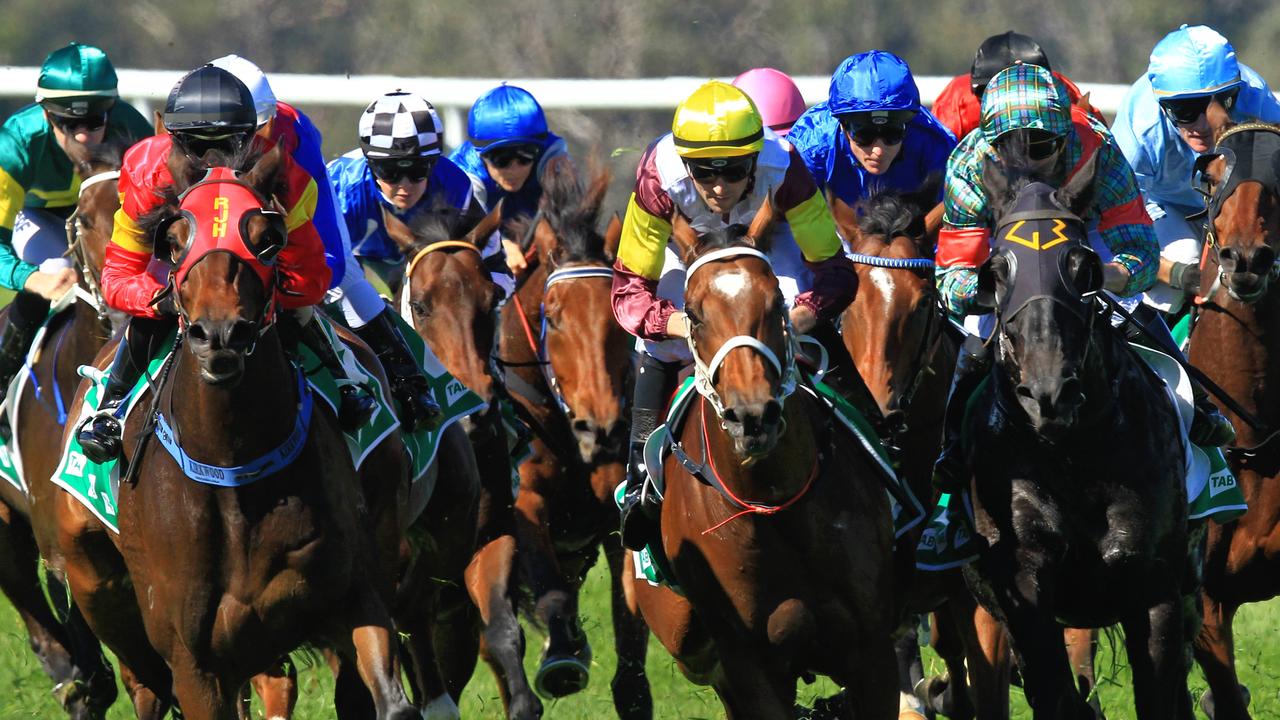 After scoring a smart win last time out, Harley Street can repeat the dose at Goulburn. BEST BETS, INSIDE MAIL

Daily Telegraph form analyst Matt Jones gives his best bets and runs the rule over every race for Goulburn.

This horse has a really nice style about him and loves to roll along so expect him to cross them from a wide gate and he’ll be hard to beat third-up after a stylish win last time.

She’s only having her second career start but looks suited to 1500m already after a nice showing over 1300m on debut at the provincials. Natural improvement and a drop of rain makes her tough to beat.

I’m surprised he’s $31. He hasn’t won yet from 10 starts but ran well at Canberra last start after not getting much luck when held up at a crucial point.

John O’Shea could easily have a treble with Mascherata, We’ve Got Tonight and Amarantz who all look well placed.

THE INSIDE MAIL FOR GOULBURN

Harley Street was super impressive winning last start and has a great style about him. He’ll press forward from a wide gate and look to take up the running or sit outside the leader. Stablemate Blackhill Kitty is the one punters may take a risk on. She’s been struggling to run in a straight line which has cost her plenty. A bubble cheeker has been applied for the first time in an effort to get her to go straight. If it works, she might cause an upset. Eurosay will be better for the first-up run. He’s run in the top three on five occasions from eight second-up runs.

I Am Brazen didn’t race as well as the punters though she would in her first two starts to kick off her career last preparation. She still ran well enough though in higher grade than she faces here off a nice spell so expect her to go much closer this time off some nice barrier trials. Hollow Dollar also drops in grade after running at the midweeks a fortnight ago when fifth of seven and four lengths off the winner she will get the run of the race from the inside gate. Stariks is an improver second-up and one to consider at odds.

Bet: I Am Brazen to win

Flying Witness may start odds on here after breaking through last start at Newcastle over 1850m. When another horse came up to her in the straight, she responded and kicked clear again so they will want to be tough to get past here. Circling didn’t get away all that quick last start but he’s worth another chance fourth-up after running in town and at the provincials this time in. Genjiro has only won once from 22 starts but has run two of his best races of late and will run out the trip.

So Good So Cool was very good second-up when running on strongly at Bathurst to win. He debuted here two runs back and was hitting the line well too. If he continues his upward trend he’ll go close again from a good gate. Mascherata is first-up off an up and down preparation which ended in a three an three-quarter length seventh placing in the Listed Regional Allen Quality behind Fangirl and Roots which is outstanding form but she’s taking on older horses with the top weight. Devils Triangle is putting together a good record and ran third here first-up after not getting much room in the straight.

Selfie Time goes up to 1500m which should suit her at her second start after running through the line well over 1300m on debut at Newcastle and she gets a cushy run in transit. Anythink Goes is back in grade after running at the midweeks and he too will be better off at 1500m with a better barrier so he can sit closer in the run. Mirror One needs to lift fourth-up but will get every chance from the good draw. He’s got the talent to win but needs to bring his A-game.

Gwan So is on debut in Australia after showing promise in Europe and running a length and a half off the winner in a Listed race at Doncaster over 1414m. His trials around top class horses were good so it will be interesting to see what he does at this level. Woodson is the value runner of the race at around $30. We’ve Got Tonight trialled up like she was ready to put in a good performance first-up and has run here before.

My Aloysius did get all the favours last time but was still good enough to take advantage of the conditions at the Sapphire Coast. Romeo Vella gets the run of the race from the gate and he’ll put himself into it here and is in form and has been placed well in this race at a distance he loves. Cyborg bolted in a barrier trial and has a first-up win to his name. He can put in the occasional poor run but his best puts him in the finish here. Da Nang Star only got beat by a horse last start that’s running in the Hobartville Stakes on the weekend.

Manderboss didn’t get the right set up last start due to track bias and he should be running out the mile at his first go at it. See how Flying Witness goes earlier in the day because Amarantz ran behind it last start and has a nice draw for this. The Grundler has drawn the carpark which will make things harder but if he gets in with cover somewhere he’s got the ability to give them a fright.