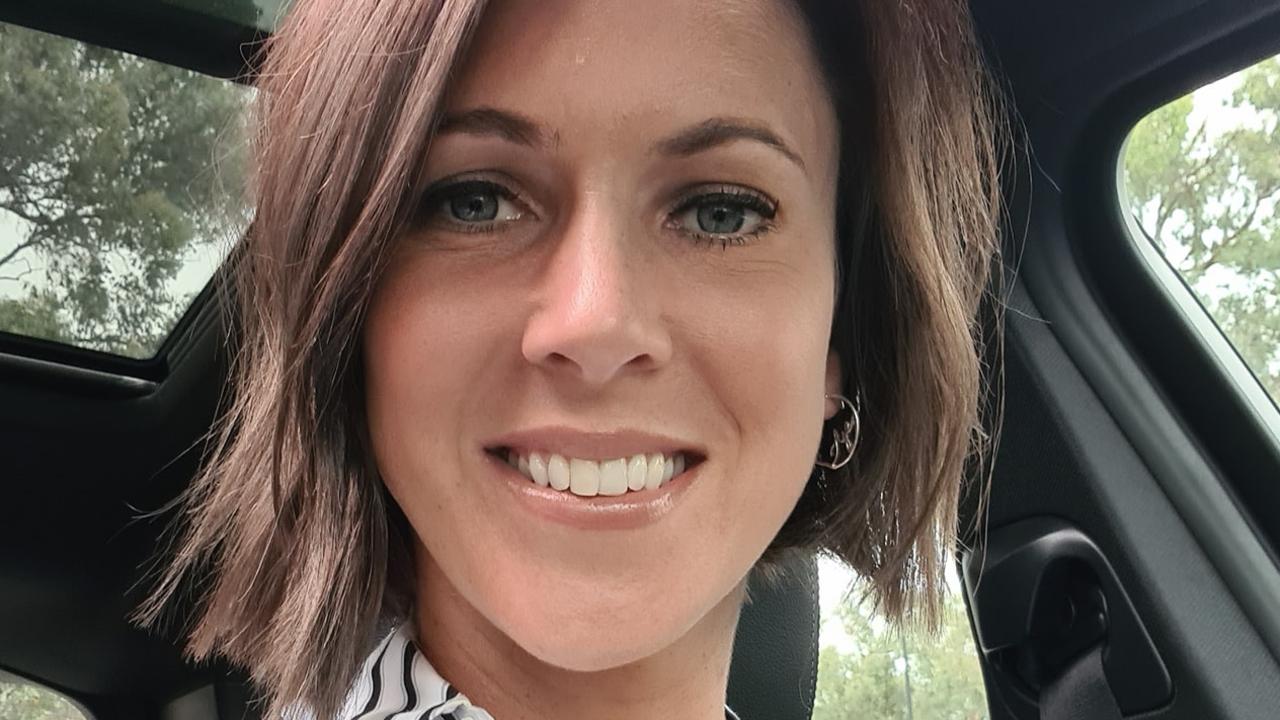 Jacinta has spent years overcoming the trauma of her past, with one unexpected late night idea six years ago changing her life completely.

Jacinta Dubojski is a confident, intelligent, successful woman. She has her own business and has dedicated herself to inspiring and uplifting struggling young Aussies.

She is in a loving, supportive relationship and is proud of who she is as a person and what she has achieved.

Many would look at Jacinta and say she has an ideal life, but it has taken the 37-year-old professional speaker and mental health advocate years of hard work to get to where she is now.

She told news.com.au that years of professional help and focusing on her mental health had allowed her to rebuild her life the way she had always wanted.

“For anyone who has mental health struggles it is about being able to cope and having that awareness. If I am having a bad day or a panic attack, it is about knowing what to do in that moment and not letting it overwhelm you,” Jacinta told news.com.au.

“Healing and trauma are things that I will probably have to deal with all my life.”

As a teenager, Jacinta was a victim of ongoing bullying, enduring years of relentless torment during high school.

As a young adult, she found herself in an abusive relationship. In her early 20s she built up the courage to flee her marriage and, while she became free in a physical sense, the trauma of her life had left her almost incapacitated.

Her experiences as a teenager and a young adult had eroded her self-esteem over the years to the point where she suffered from crippling anxiety, which resulted in her being hospitalised twice at ages 28 and 32.

Women are told we can do anything, but in reality, there is so much in the way of our success. Ahead of International Women’s Day 2022, news.com.au is highlighting the obstacles women have to jump and celebrating what we can overcome.

Even the time she spent in these mental health facilities, a place where she was supposed to be receiving support and care, was marred with horrifying experiences.

“I had an experience where I was speaking to one of the mental health nurses during this time and I told them that I wanted to do some speaking one day to help others and he just said ‘No Jacinta, I don’t think you can do that. You’re just not smart enough to be able to do that’,” she recalled.

“I actually don’t think my self-esteem and self-worth couldn’t be any lower than it was in that moment.”

Jacinta revealed there was another moment while she was receiving treatment where a mental health worker inappropriately tried to come on to her.

“So again, I was in a very vulnerable state,” she said, adding the worker was fired almost immediately.

“When someone can come in, who is meant to be helping you, can actually try and take advantage of you – it’s a pretty horrific place to be.”

When asked about the biggest hurdle she has had to overcome in her life, Jacinta said it is undoubtedly dealing with the trauma of her experiences.

After years of “tireless, hundreds of hours of therapy”, she is now able to openly talk about her experiences and share her story in the hope it might help others.

About six years ago Jacinta decided to create her own motivational speaking business, Just Another Girl.

“It was the middle of the night and I had this surge of energy and excitement come through me,” she said.

Jacinta said she felt an incredibly strong push to share her story with young people who may be going through similar things she had.

She now travels to schools across the country inspiring students by sharing her story.

The moments that stand out most for Jacinta are when the students build up the courage to share their own experiences.

“It’s just the feeling of making such an impact on one person in a room of 20, 40 or 60. To speak up and share the struggles that she’s or he’s going through, it is a very powerful moment,” she said.

While Jacinta knows that mental health is something that needs continual work and care, she believes she has the tools now to move forward.

Not only is Jacinta now in a good space mentally, but she is also in a happy, healthy relationship.

“I do have a beautiful partner in my life now – Jeremy and his daughters that stay with us part time,” Jacinta said.

For most of her life, men have been a negative presence for Jacinta, but Jeremy loves, supports and encourages her unconditionally.

“To have someone like that is a beautiful thing,” she said.

Reflecting on how far she has come, Jacinta said she is so proud of herself.

“Teenage me was always so scared, so shy, so vulnerable. I had such low self-esteem and self-confidence,” she said, adding that when she goes on stage, she always takes part of teenage Jacinta with her.

“I still need to love, support and nurture teenage Jacinta because there is still that sense of vulnerability inside me,” she said.

“I am very proud and it has taken me a very long time to get to the point I am now.”