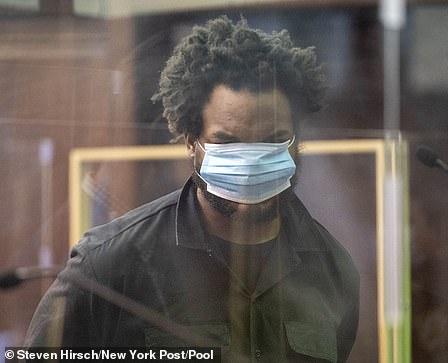 
Winston Glynn’s case is not an oddity as New York City has seen a rise in the number of violent crimes conducted by men who were arrested for violent or alarming crimes but not held in prison while they waited for their court date.

Xavier Israel, 25, who previously assaulted three other people in the past two weeks, had attacked an unidentified 59-year-old man who tried giving the homeless man his coat amid freezing temperatures. He has been charged with assault, robbery and grand larceny.

Israel had been arrested and released for his three previous attacks, one on January 2, when he allegedly beat up two 18-year-olds in Central Park, and then on Saturday when he attacked a 49-year-old woman who tried to offer him help.

He had been released both times on desk appearance tickets – meaning he had to appear in court on another date – since he had no prior convictions, according to NYPD records. 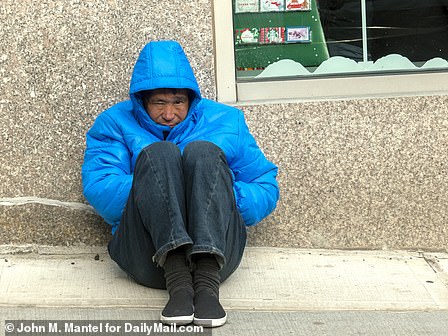 Craig Tamanaha, 49, was arrested for setting fire to the Fox News Christmas tree on December 7. It was not a political attack – the homeless man targeted the tree at random, climbing it as Fox News staffers watched on then using a lighter to set it alight.

Tamanaha has a lengthy criminal record spanning at least 20 years and two states, and he was arrested in November for exposing himself outside the Ghislaine Maxwell trial in the city.

In 2002, the then-30-year-old Tamanaha was picked up in Abilene, Texas, on a public intoxication charge. Between 2017-2018, he was arrested on three separate occasions and charged with public intoxication, burglary and resisting arrest.

Because all his charges are misdemeanors, bail could not be set for him and Tamanaha is back on the street without supervision or mental health support.

Agustin Garcia: Arrested in crime spree that began in Bronx 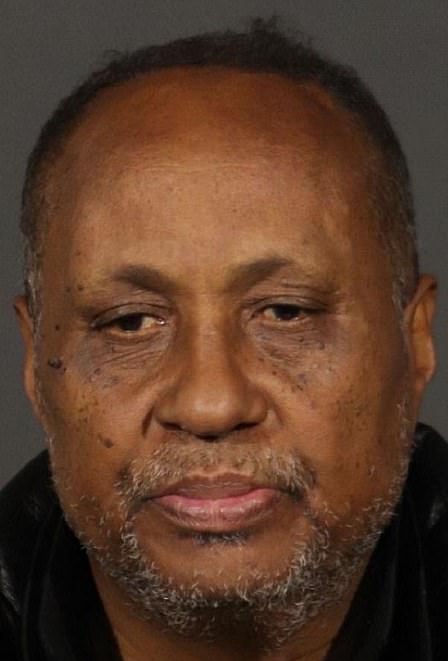 Agustin Garcia, 63, was arrested three times within 36 hours in a crime spree that began in the Bronx, where he allegedly stole a twelve-pack of Coors Light from a bodega on East 165th Street around 7.30 pm on November 21.

He was charged with petty larceny and turned back onto the street – a few hours later, he was back in handcuffs, according to the New York Police Department.

Garcia then robbed a subway rider at knifepoint at the Canal Street subway station around 3 am on November 22, telling her to ‘stay back’ when she pursued him, police said.

He was arrested, charged with felony robbery, and released again.

Just seven hours later, police arrested Garcia as he tried to climb up onto a platform from the tracks back at the West 145th Street/Lenox Avenue station. He fled into the tunnel after stealing another commuter’s iPhone.

After this third arrest he was charged with grand larceny and criminal trespass, and was sent to Bellevue Hospital for a 72-hour psychiatric evaluation.

Darrell Johnson: ‘Beat up two women on Upper West Side’ 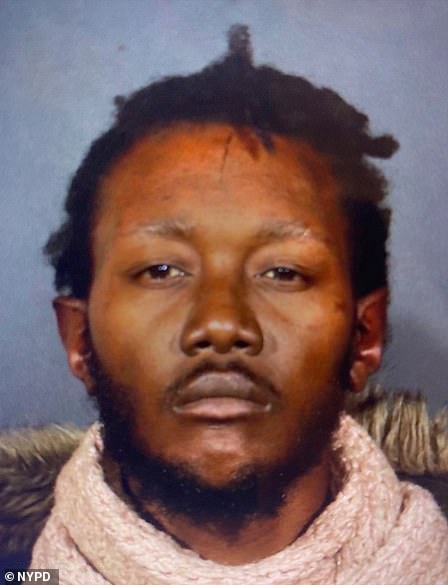 Darrell Johnson, 28, was arrested on December 2 for allegedly beating two women on Manhattan’s Upper West Side just minutes apart, leaving one of the victims with a ‘disfiguring’ injury and sending both to the hospital.

The career criminal was out in the streets despite facing additional assault, attempted assault and harassment charges stemming from an incident in August 2020 during which he allegedly punched and stomped on a man in Harlem.

Johnson was charged with two misdemeanor counts of assault with intent to cause physical injury and multiple attempted assault and harassment charges for the December attacks.

Despite the slew of new and old charges against him, and his lengthy rap sheet listing at least 15 prior arrests, a Manhattan judge agreed to free Johnson without bail pending trial. 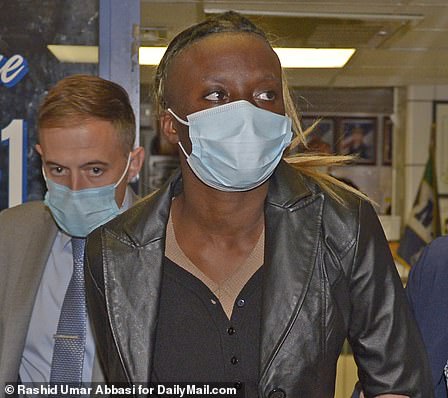 Anthonia Egegbara, 29, of Queens, was charged with attempted murder on October 7, over surveillance footage which showed her shoving an innocent woman toward the tracks as a train hurtled into Times Square station.

The unprovoked attack comes just three months after she was released without bail following an alleged assault on July 5 which left a 40-year-old woman suffering a black eye, broken nose and a knocked-out tooth.

Egegbara, who’s been diagnosed with schizophrenia, has a history of assault arrests, including at least seven times previously, according to NYPD records,

The three most recent incidents involved her allegedly kicking or biting other women on public transport. 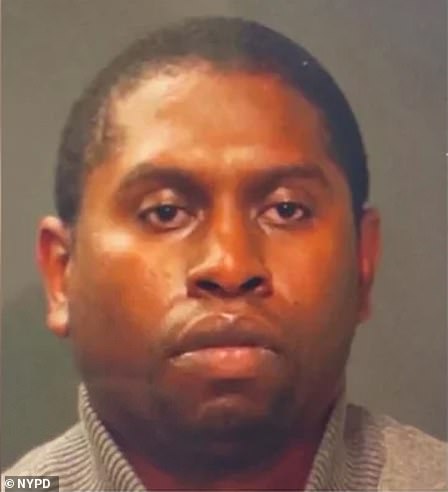 Isus Thompson, 38, randomly bashed Officer Kyo Sun Lee in the head with a backpack filled with a metal safe, a DVD player and a number of adult videos in the Bronx on November 14.

Unprompted, Thompson approached Lee, 30, on East 194th Street in The Bronx’s Fordham Manor neighborhood around 1.30am before assaulting him from behind.

Thompson, who was also found in possession of a metal box-cutter at the time of his arrest, was given three separate assault charges, weapon possession, harassment and resisting arrest, court records show.

One of his assault charges was listed as a felony, which grants judges discretion to set bail, but Thompson was instead set free on supervised release, meaning that he is just required to periodically check in with the court.

Thomas had been previously arrested for stabbing officer Demitrios Raptis with a knife in 2008.

Thompson pleaded guilty in 2008 to second-degree attempted murder for stabbing Raptis six times in the ride side of the stomach. Most of the blows were absorbed by Raptis’s bulletproof vest, but he also suffered stab wounds and still has a scar.

‘I could have died that night,’ Raptis told the New York Post. ‘I think the guy should be locked up, shouldn’t be let out. He could have killed this officer too. He should be behind bars.’

After the stabbing, Thompson was sentenced to five years in prison beginning in 2010 and was released two years later on parole, which expired in 2015, corrections records show. It is not clear whether the prosecutor in Thompson’s most recent offense was aware of his prior conviction.