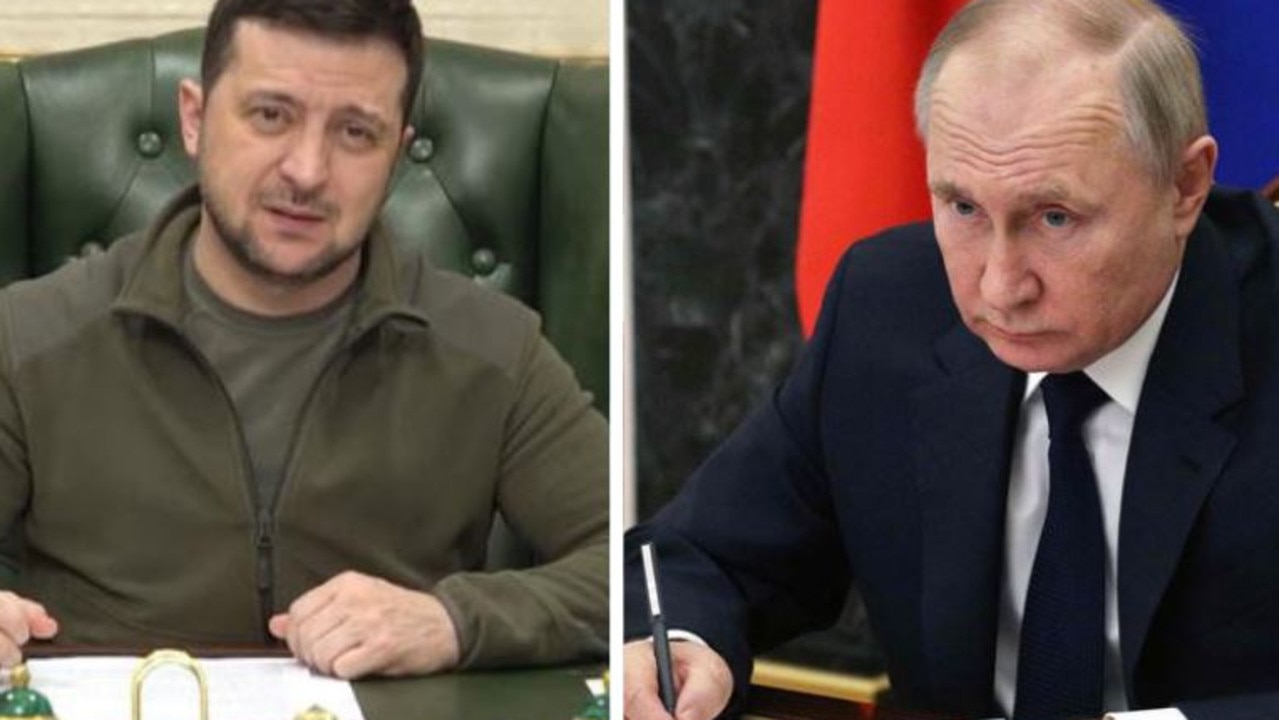 Ukrainian president Volodymyr Zelensky has revealed he is increasingly “worried” by an ominous sign of Russia’s latest plot.

The bodies of more than 1200 civilians have been recovered from the southern city of Mariupol as it continues to face a barrage of Russian attacks.

Yesterday, the destruction of a children’s and maternity hospital in the city sparked global outrage, with harrowing images emerging of injured pregnant women and children fleeing the carnage.

Three people, including a child, are believed to have been killed, with Ukrainian President Volodymyr Zelensky describing the bombing as “proof of a genocide”.

Stream the latest on the invasion of Ukraine from the world’s most trusted news sources with Flash. 25+ news channels in 1 place. New to Flash? Try 1 month free. Offer ends October 31, 2022 >

Ukrainian president Volodymyr Zelensky has given a passionate new address to his people and the wider world, issuing a chilling warning of Russia’s anticipated next move.

In the address, the father of two – who defiantly remains in Kyiv – said “Russian propagandists” have been working hard to “cover up the crimes of their army in Ukraine” with “new accusations”.

One of those accusations was the widely debunked conspiracy theory that Ukraine was developing biological weapons to be used in a chemical attack.

“I’m worried about it because we have repeatedly seen for ourselves: if you want to learn the plans of Russia, look at what Russia is accusing others of …,” Mr Zelensky said.

“They come to us with tanks and rockets, grab what’s ours, occupy. They are embarrassed to even show it to their officers, hide their generals, and conceal from their people that they deploy conscripts only to increase their invading power.

“And we are the guilty ones. We are being accused of attacking peace-loving Russia …

“I’m a sane president of the sane people. I’m the father of two children. No chemical or any other kind of weapon of mass destruction is being developed on our land. The entire world knows that. You know that. And if you do anything like that against us, it will receive the harshest sanctions in response.”

Those fears were echoed by Ukrainian Foreign Minister Dmytro Kuleba, who said in a tweet that Russia’s “manic obsession” with “non-existent biological or chemical weapon” in Ukraine was “deeply troubling and may actually point at Russia preparing another horrific false flag operation”.

‘Red line’ that would force world to act

Britain’s Armed Forces minister James Heappey has hinted that the use of chemical weapons against Ukrainian civilians could be the “red line” that would force the rest of the world to intervene in the ongoing crisis.

So far, NATO has declined to send planes to Ukraine or to set up a no fly-zone, but Mr Heappey said the use of brutal weapons could change that stance.

“I think President Putin needs to be very clear that when other countries have used chemical weapons it has caused an international response,” he said.

“I think he should reflect very urgently on what has happened to other countries where they have used them.”

“The stuff which you are hearing about chemical weapons is straight out of the Russian playbook,” Mr Johnson told Sky News.

“They start saying that there are chemical weapons that are being stored by their opponents or by the Americans, so that when they themselves deploy chemical weapons – as I fear they may – they have a fake story ready to go.

“You have seen it in Syria, you saw it even in the UK. It is a cynical, barbaric government I’m afraid.”

A top Ukrainian defence chief has claimed the Russian President is so furious over his army’s stalled invasion he has fired a string of top generals in retribution.

“[The enemy] had about 8 generals removed from their posts because they did not complete the task. New ones have been appointed,” Mr Danilov was reported as saying.

“We clearly understand what is happening in the Russian Federation.

In an announcement on Twitter, Ukraine’s Defence Ministry said the seizing of the Pantsir-CI air defence system was “another ‘special’ trophy” stolen from the invaders.

The post was accompanied by a photo of a soldier posing in front of the weapon with his face blacked out.

The equipment is believed to be worth a staggering $US15 million ($A20.3 million).

The comments were made by Oleksiy Rezniko in an interview with The Kyiv Independent, and comes after the shock bombing of a women’s and children’s hospital in Mariupol that left three dead and 17 injured.

A top Russian commander has reportedly been killed and a convoy of Russian tanks obliterated in a surprise ambush by Ukrainian forces near Kyiv.

The attack occurred as Russian forces were advancing towards Brovary, a suburb on the outskirts of the capital.

However, footage taken from the scene showed the tanks being hit by artillery, forcing what remained of the column to retreat.

According to Ukraine’s defence ministry, a top commander, Colonel Andrei Zakharov, was killed in the onslaught.

Three Russian generals have previously been killed over the course of the invasion.

The bombing of a maternity and children’s hospital in Mariupol sent shockwaves around the world – but now, Russia has sparked new fury by responding to the tragedy with a startling claim.

Soon after the hospital was destroyed, Russian defence ministry spokesman Igor Konashenkov blamed Ukraine, claiming it was a “staged provocation”.

“The Russian aviation carried out absolutely no missions to hit targets on the ground in the Mariupol area,” Mr Konashenkov told reporters.

“The air strike that allegedly took place is a completely staged provocation to maintain anti-Russian hype for a Western audience.”

Poland’s Ambassador to the US, Marek Magierowski, has given a damning assessment of Russia’s invasion during an interview with CNN, claiming Putin’s mission was all but doomed.

“Not only in the hearts and mind of Europeans and Americans or the societies of the so-called free world but Russia is losing this war literally.”

He explained that the Ukrainian forces had the upper hand.

“I don’t know whether we will find a diplomatic solution, but maybe a military solution … I believe the Ukrainian army is capable of defeating the Russian army right now,” he said.

“ … I am confident that Mr. Putin and his cronies and all his closest aides will end up in the dock, in The Hague, in the International Criminal Court, because this is what he has already fully deserved.”

City’s act of defiance after bombing

In a message posted on the city’s Telegram, it was announced that 24 new babies had been born since the attack, and insisting that “Mariupol lives”.

“From yesterday to today, 24 babies were born in our city,” the post reads.

“May there never be another war in the lives of our new little Mariupol residents.

“May there never be another war in our hometown.

Officials are scrambling to restore power to the Chernobyl nuclear plant after electricity was cut off during fighting between Russian and Ukrainian troops.

Electricity is essential to the site in order to keep cooling mechanisms running, with back-up generators only able to power the site temporarily.

In a message posted on the Ukrainian energy ministry website, energy minister Herman Halushenko said authorities were doing “everything possible” to fix the potential crisis “as soon as possible”.

“For the sake of [the] safety of Ukraine or Europe, and for the whole world, the [Russian] military has to leave the nuclear facilities,” Mr Halushenko said.