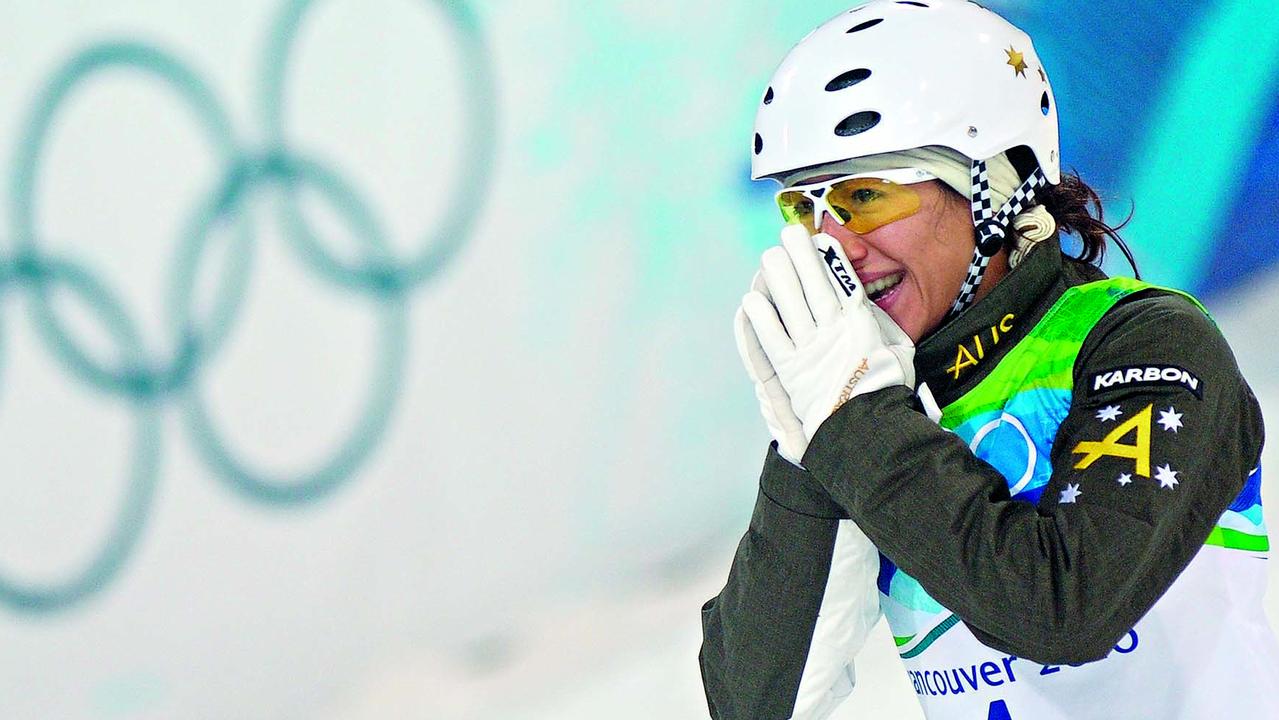 Australia won Winter Olympic gold medals seemingly for fun back in the noughties, then the success dried up. The last Aussie to stand on top of the podium expects that to change in Beijing.

When Lydia Lassila won the women’s aerials title at the 2010 Vancouver Winter Olympics, Australia’s gold rush was showing no signs of ever stopping.

At the peak of her powers, Lassila was one of two Aussies to strike gold that week, following snowboarder Torah Bright, who won the women’s half-pipe just six days earlier.

After short-track speed skater Steven Bradbury’s incredible breakthrough win in 2002, Australians were winning Winter Olympic gold medals for fun – scooping up five in eight years before it suddenly came to a halt.

Twelve years after her inspiring victory, Lassila remains the last Aussie to win Olympic gold but the Seven commentator is tipping the long drought could finally end in Beijing.

Here is one title I want to be rid of. I do not want to be Australia’s last remaining gold medallist. That was 12 years ago.

We are ready to add to our gold medal tally and I am confident this will change in Beijing because this is the strongest looking team we’ve ever had.

There are a number of potential champions, so it is going to come down to who can bring it all together on the day.

That is easier said than done. Winning any medal at the Olympics is hard but it is also a beautiful moment to witness.

It does not matter how talented or experienced you are because the Olympics carry extra pressure.

That is what makes it so amazing and why winning an Olympic gold is so prized.

Every athlete wants to win so that added pressure is natural. But it is how an athlete handles it that matters. The Olympic spirit can lift you up but it is a fine balance.

Some athletes will fall short and underperform, which is heartbreaking. Some will perform as expected, which is relieving. Then there are those that will find something extra within themselves and over perform.

Anything can happen at the Olympics.

For me, winning gold in Vancouver was proof of what I always believed I could do.

It was a dream I’d had since the age of six but the path was long, undulating and tough, full of dead ends and wrong turns.

The 2006 Winter Olympics was a disaster for me.

In my mind, I had a chance, despite a painful knee injury. But in the semi-final, it completely exploded – along with my heart.

I silently vowed to myself that I would be back and was not going to let that end my career. I had more to do.

Four years later in Vancouver, the third of my five Olympics, my knee had recovered and my mind was toughened. My preparation had been perfect and I had a solid plan and the right people to help me stick to it.

Through consistent work, my physical skills were world’s best and I had developed the mental skills to deflect off negative comments (even from myself), fear and insecurity.

That took a lot of discipline, but that was exactly where I wanted to be.

I had done the work, I had ticked the boxes and I had visualised myself becoming an Olympic gold medallist over and over.

I was jumping like no woman had ever jumped before and I nailed it.

Relief was the first emotion I felt, followed by pure exhilaration, like I was flying. Everything I had gone through seemed worth it for that one precious moment in time.

That feeling is what I hope every athlete experiences. It truly is priceless.

If I could offer any advice to the Australians going to Beijing, it would be to just stick to your routines and your processes.

Replace negative thoughts with positive ones.

Conserve your energy, but let yourself be lifted and inspired by the amazing performances and spirit of the Olympics.

Yes, it is the Olympic Games. It is important to you, but you are still competing against the same athletes you see all season. You are ready. You have done the work.