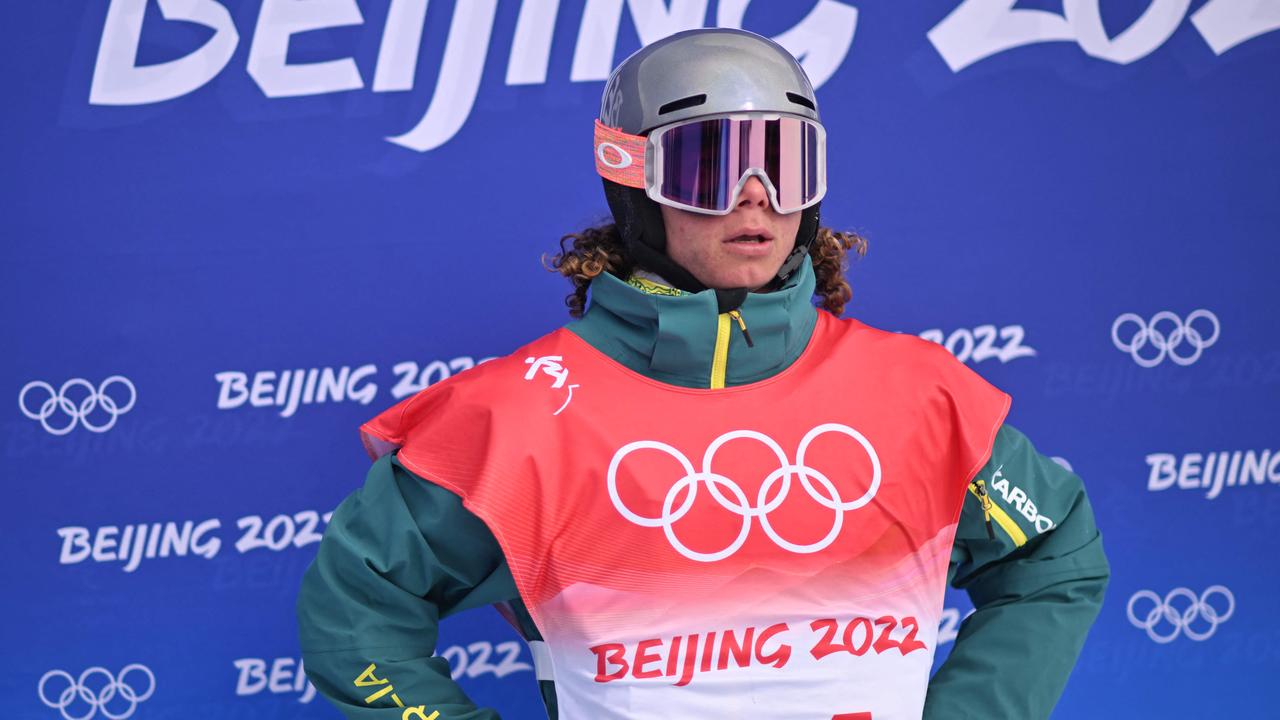 TV commentators briefly dropped their bundle when a 16-year-old Aussie snowboard prodigy went out and blew the world away.

Scotty James has made an explosive start to his Olympics campaign with a huge performance in the men’s snowboard halfpipe qualifying.

His aerial display headlines a big day of action with six Aussies competing on Wednesday.

Australia also has a very real chance to win a gold medal when Belle Brockhoff competes in the snowboard cross finals. She was solid in her qualifying events and will be back in action for the quarter-finals tonight.

Meanwhile, Olympic debutant Katie Parker can call herself an Olympian after she was given an eleventh hour clearance to compete in the women’s slalom after she received two negative PCR results having previously been moved into isolation as a result of a positive test in Beijing.

‘I’ve lost it’: Teen freak has commentators in a spin

Scotty James has sent a message in the men’s snowboard halfpipe qualifying — and he will be joined in the final by Aussie teen freak Valentino Guseli.

James put up a monster score of 91.25 to be the No. 2 ranked athlete behind Japan’s Ayumu Hirano.

He finished fifth behind American legend Shaun White, who is the No. 4 ranked boarder heading into the final.

“Valentino Guseli, we’re going to be seeing you in the finals,” Seven commentator Mitchell Tomlinson said.

“Who’s next? I’ve lost it. We really have to look at the nerves of steel and the maturity he’s shown in Val’s riding then. To have a one run and know he has to execute that and get a high score to get into the finals, the pressure on the kid’s back would be second to none.”

The final will take place on Friday.

Aussie star Belle Brockhoff has made an extraordinary comeback to progress to the final of the women’s snowboard cross.

The veteran was fourth in her quarter-final in the closing stages of the run, but came from nowhere to progress.

She then backed it up with a second-placed finish in her semi-final, earning a spot in the final.

“Not only does she live to fight on, she puts herself in the mix.

“She was 30 seconds away from going home. Now she’s right in the mix.”

Earlier, Aussie Olympics debutant Josie Baff was unable to progress to the quarter-finals after taking a fall in her heat.

She said the experience has been “brutal”, but will use it to fuel her charge towards the 2026 Games.

Most heartbreaking image of the Olympics

Mikaela Shiffrin’s second shot at a medal didn’t go any better than the first.

The American star turned in another Olympic shocker on Wednesday in Yanqing, skiing out of the course just seconds into her first run of the slalom race – the same result she faced two days earlier in the giant slalom.

As Shiffrin took a turn around the fourth gate, one of her skis kicked out too wide, forcing her off line and unable to continue in the course – which had been set by her coach Mike Day, according to NBC.

Shiffrin, who won gold in the slalom in Sochi in 2014, appeared to be in disbelief as she sat off to the side of the course with her skis off and remained there while the competition continued.

The 26-year-old Shiffrin was widely expected to be a favourite in the slalom along with her top rival, Petra Vlhova of Slovakia, who also had a disappointing first run but made it to the finish line. Instead, she could have three events left to try to come away with a medal from these Games.

Shiffrin, one of the most dominant female alpine skiers, had also won gold in the giant slalom and a silver in the combined in Pyeongchang in 2018.

Unvaccinated Swiss snowboarder Patrizia Kummer said she had “no problem” after competing at the Beijing Olympics following three weeks of quarantine, and didn’t “care what people think” of her.

Athletes vaccinated against Covid-19 go straight into the “closed loop” bubble system at the Beijing Games, but those who have not been jabbed face a mandatory 21-day hotel quarantine period before competing.

Kummer safely negotiated the opening round of the women’s parallel giant slalom on Tuesday morning, but was knocked out of the competition at the round of 16.

Speaking after her opening round performance, she insisted that despite being in quarantine, she had been able to do “really good” training.

“During quarantine I did more fast training like jumping and stuff — you can do that everywhere, you don’t need much space,” said Kummer, who won gold at the 2014 Sochi Olympics.

Kummer said getting the vaccine “wasn’t the best” for her and that she was “happy” to go through the quarantine period.

She said she moved into the Olympic Village after 17 or 18 days of her quarantine and was then allowed to train on the slopes and go back to her room until the full three weeks were over.

Kummer said she did not have “an opinion about anybody else” regarding the vaccine and did not care what people thought of her status.

“If somebody else has an opinion, they can have it + it’s their free will to have it,” said the 34-year-old.

“Everybody needs to decide on their own. Nobody is in my body so who the hell thinks they can decide for me?”

Nation’s absolute disgust as it all goes China’s way

An angry South Korea said it will appeal to sport’s top court over “unfair” officiating in short track speed skating at the Beijing Winter Olympics after two gold medal hopes were disqualified.

In Monday’s men’s 1000m semi-finals, world record holder Hwang Dae-heon and Lee June-seo were disqualified for illegal late passing and lane-changing respectively, having coming first and second in their heats.

The decisions allowed two Chinese skaters to advance to the final, with the host country collecting gold and silver.

The Korean Sport and Olympic Committee (KSOC) said it would file an appeal with the Court of Arbitration for Sport (CAS) “to formalise the injustice of this decision”.

“We plan to do our best to prevent injustice from happening to our athletes in the international ice skating and sporting communities,” KSOC said in a statement.