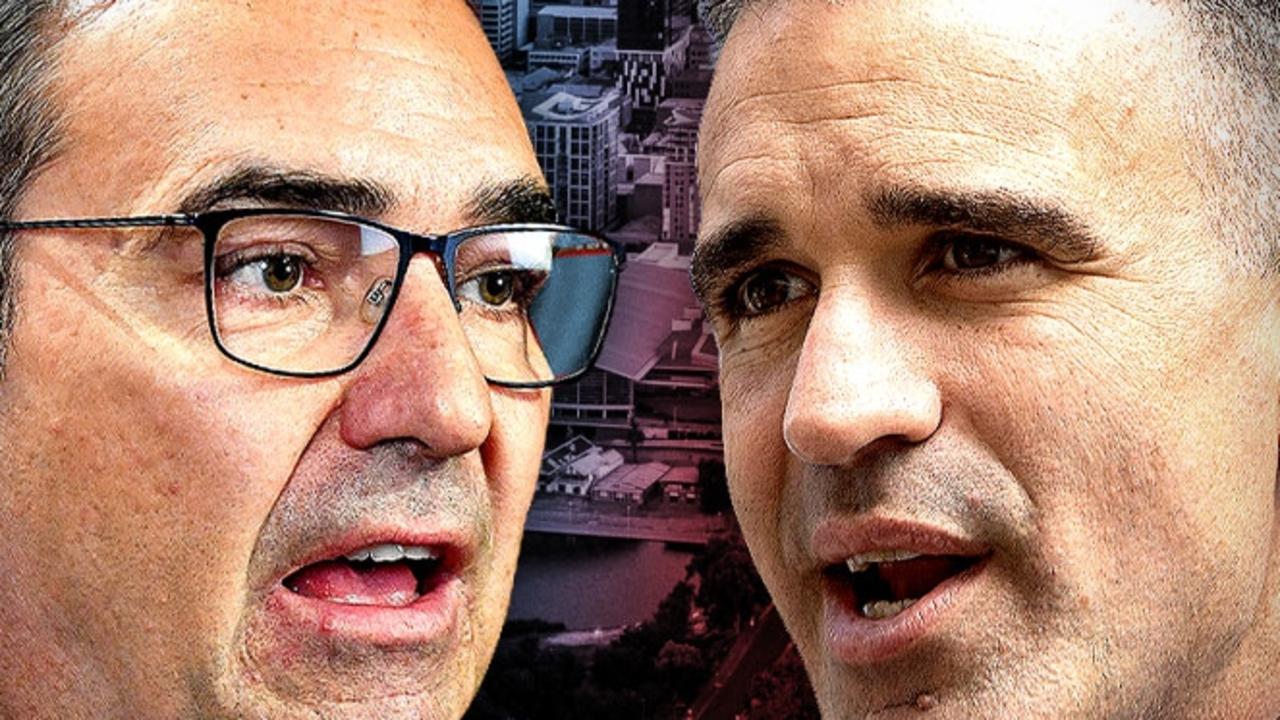 The Liberal Party has announced a four-year plan of scholarships to be aimed at getting women and girls to study careers in the areas of defence and space.

This state election update is unlocked and free to read in the interest of full participation in our democracy. Get full digital access to trusted news from The Advertiser with our great introductory offer.

The number of science scholarships for public school students would be doubled under a re-elected Liberal government, in a move aimed at encouraging girls into defence, cyber, and space careers.

In a four-year plan, $500,000 would be invested annually into Education Department scholarships covering the cost of tutors, IT equipment and excursions.

Premier Steven Marshall said that space was one of the “fastest growing sectors in the world” and “we want to see more women in space, which means we need more women studying STEM subjects.”

“We know that young women and girls are under-represented in STEM subjects and associate professions and this commitment sends a very strong message that my government will continue to do what we can do to help them shoot for the stars,” he said.

“This is all about a strong future for South Australian women.”

“Scholarships and specific programs for under-represented groups are really important,” she said.

“With scholarships, it will take away some of the financial pressures or perhaps some of the preconceptions associated with it.”

Flavia Tata Nardini, chidf executive of Fleet Space Technologies, agreed with the call for “more diversity” in the space sector.

“I am a female CEO and I try every day to support young women to enter into STEM,” she said.

“We need to bring in more women, not because of a quota, but because they are part of society and they have amazing brains.

“Girls, come on, study STEM. We need the way your brain works and we need your talent.”

Meanwhile, an eye hospital promised in 2015 is still without a budget or timeline, but the state government says it remains committed to the project and hopes to have a “preferred partner” by the end of the year.

The facility was first to be based at Modbury Hospital as part of Labor’s Transforming Health reforms but the plan was dumped amid concerns vision-impaired people faced public transport difficulties getting there.

In December, SA Health released a Request for Information inviting interest “to explore the establishment of an integrated and holistic ophthalmology service in a dedicated Adelaide Eye Hospital”.

“Anticipated maximum size of the facility would not be expected to exceed three theatres, 28 outpatient spaces and associated diagnostic, office, education and research area,” the document states.

SA Health released a statement, saying: “We are reviewing responses and will seek additional information as part of the ongoing process.”

Professor Robert Casson, of the SA Institute of Ophthalmology and Adelaide University, said he was worried the project had been “shelved”.

“SA Health has gone eerily quiet on the matter, and the bottom line is we need to hear from the government and opposition about whether they support this concept or not,” he said.

“It is a clinician-initiated concept that has been alive for years. The latest business case endorses it as cost effective, it would improve volume, cut waiting lists, and be a centre for clinical excellence as well as world-class research and training.”

At least 5 per cent of all state government spending would be redirected to South Australian suppliers and almost all work on major infrastructure projects would be done by locals under spending reforms proposed by Labor.

Opposition Leader Peter Malinauskas predicted an extra $425m annually would be pumped into the state economy by the government procurement changes, which he said would give SA businesses “a fighting chance to win lucrative work”.

The Labor plan includes breaking up public projects worth more than $500m into smaller stages, to allow multiple SA companies to participate.

The Labor announcement does not give details of the budget impact, or cost to taxpayers, of the switch to favouring SA firms over the most cost-effective.

DEMANDING a minimum 20 per cent of these labour hours be performed by trainees, Aboriginal workers and long-term unemployed.

UNIFORMS required to be SA-made, where possible, for government agencies.

PUBLIC housing to use SA-manufactured products, where possible.

The federal and state Labor oppositions have joined forces to commit $120m funding for on and off ramps on the Southern Expressway at Majors Road, while the Liberals have extended a training program expected to deliver thousands of new apprenticeships.

Opposition Leader Anthony Albanese visited Adelaide on Monday to announce elected federal and state Labor governments would each contribute $60m to the project.

“Having these on/off ramps from the expressway will take pressure off Brighton Road,” he said.

“What that will mean is a decrease in congestion … and it also means safer roads as well.”

His state counterpart, Peter Malinauskas, said the current federal government was “nowhere near this project” and it relied on Labor winning and both levels in order to proceed.

“We’re putting our money on the table,” he said.

“If you vote Labor this project gets done, if you vote Liberal then it doesn’t.”

The Liberals have committed $12m to extending the Skilling South Australia program that has already helped more than 3400 businesses hire their first apprentice.

Premier Steven Marshall said the scheme will continue for another 12 months and help deliver around 12,000 new apprenticeships and traineeships.

“South Australia’s outstanding results in skills training during the last four years has played a significant role in the state having the fastest-growing economy in the nation,” he said.

“The 53,000 apprenticeship and trainee commencements since we came to office has turned around the exodus of young people from South Australia to the eastern seaboard in search of a job.”

“The latest national data shows that between June 2018 to June 2021 the number of apprentices and trainees commencing in South Australia increased to 72 per cent, more than double the national rate,” he said.

Labor leader Peter Malinauskas unveiled his plan to make housing more accessible for first time homeowners in South Australia, while the Liberals have announced a new round of sports vouchers.

The Opposition will work with government-backed lender HomeStart, to develop a low deposit home loan that will only require a three per cent deposit if elected.

“While rising property values have been great news for homeowners, so many young South Australians have seen their dream of home ownership slipping away,” Mr Malinauskas said.

“If more young South Australians can enter the property market now, it sets them up for the future.”

First home buyers will be eligible for the scheme if they are a South Australian resident and are purchasing a newly-constructed home or building a new home, following HomeStart lending criteria.

These first home buyers will also be entitled to the existing First Home Buyer grant of up to $15,000.

The policy announced earlier this morning is cost-neutral to the state budget with additional loans generating additional stamp duty, nearly all of which is paid out in additional first homebuyer grants to buyers.

The plan will also provide additional support for the local construction industry.

Premier Steven Marshall has announced he’s reintroducing the sports vouchers program, this time doubling the amount to $200 if he’s re-elected.

Around 100,000 vouchers will be claimed by new clubs and sporting applications, which will cost $20 million over two years.

“Taking $200 off sporting fees per child provides a welcome relief for households who can put the cash towards other cost-of-living pressures without having to restrict their child’s lifestyle,” Mr Marshall said earlier this morning.

“Combined with our $100 school fee discount at public schools, the average South Australian family is now saving $300 per child per year.”

“Playing sport supports a healthy lifestyle, keeps our kids active and gets the whole family involved in our local communities,” he said.

Last year, 85,000 vouchers worth about $8.5m were claimed by South Australian families, with about 100,000 expected to be claimed under the new round.

“We want to see this grow,” Mr Wingard said.

Originally published as SA election 2022: What’s been announced week 3 | Libs’ plan to get girls into the space race